After my previous few reviews, you will be forgiven for thinking that I don’t allow myself to get immersed in books. I struggled to appreciate the works of Huxley and Wells but this was certainly not the case when it came to Kundera’s Ignorance. In fact, I had to slow myself down so as to avoid reading the whole book in one evening.

This isn’t the first work of his I’ve read. I first fell in love with Kundera’s work after reading The Unbearable Lightness of Being a few years ago and since then I’ve read as much of his work as possible and, without a doubt, he is my favourite author. Explaining my love and fascination with Kundera is difficult. I don’t become immersed in the story, rather the story feels like it envelops me and my life. I remember reading The Unbearable Lightness of Being and feeling genuinely devastated that it ended. I was so engrossed in the book that I couldn’t think further beyond it and I felt a part of that world. After the fate of one of the characters, I was betrayed and enthralled.

For me, Kundera is less about the plot, the characters, or even the story in some ways. It’s about an overwhelming sense of emotions and familiarity. Kundera has a way of expressing himself that is tangible and accessible. It’s historic yet grounded in the present.

Ignorance is a relatively simple novel as far as Kundera goes. It lacks the surrealism and self-reflection of Immortality or The Book of Laughter and Forgetting but it certainly doesn’t lack the depth. Ignorance follows the story of two Czechoslovakian émigrés who return to their country after twenty years abroad. It follows their struggles as Josef and Irena try to reconcile the memory of their homeland with reality. Throughout their journeys, both characters experience ignorance in two forms: the willful ignorance people have about the experiences of émigrés, and their own ignorance. This topic is far from new and Kundera recognises this, comparing the plights and experiences of his own characters with the experience Odysseus had upon returning to Ithaca after the Trojan War  (a journey home which also took roughly 20 years). This story is all the more tragic when one remembers that this experience and its portrayal was real for Kundera who was an exile himself and who as a naturalised Frenchman has struggled with his own “Great Return”.

Ignorance is not my favourite work by Kundera. Perhaps because my only experience vaguely comparable to exile is when I moved from the Fens to Wales… But Ignorance does remind me yet again why Kundera remains my favourite author and an unknown friend. It is a story that’s all too relevant today albeit told from a different part of the world. If you’ve yet to enjoy Kundera’s work, I would strongly recommend it. 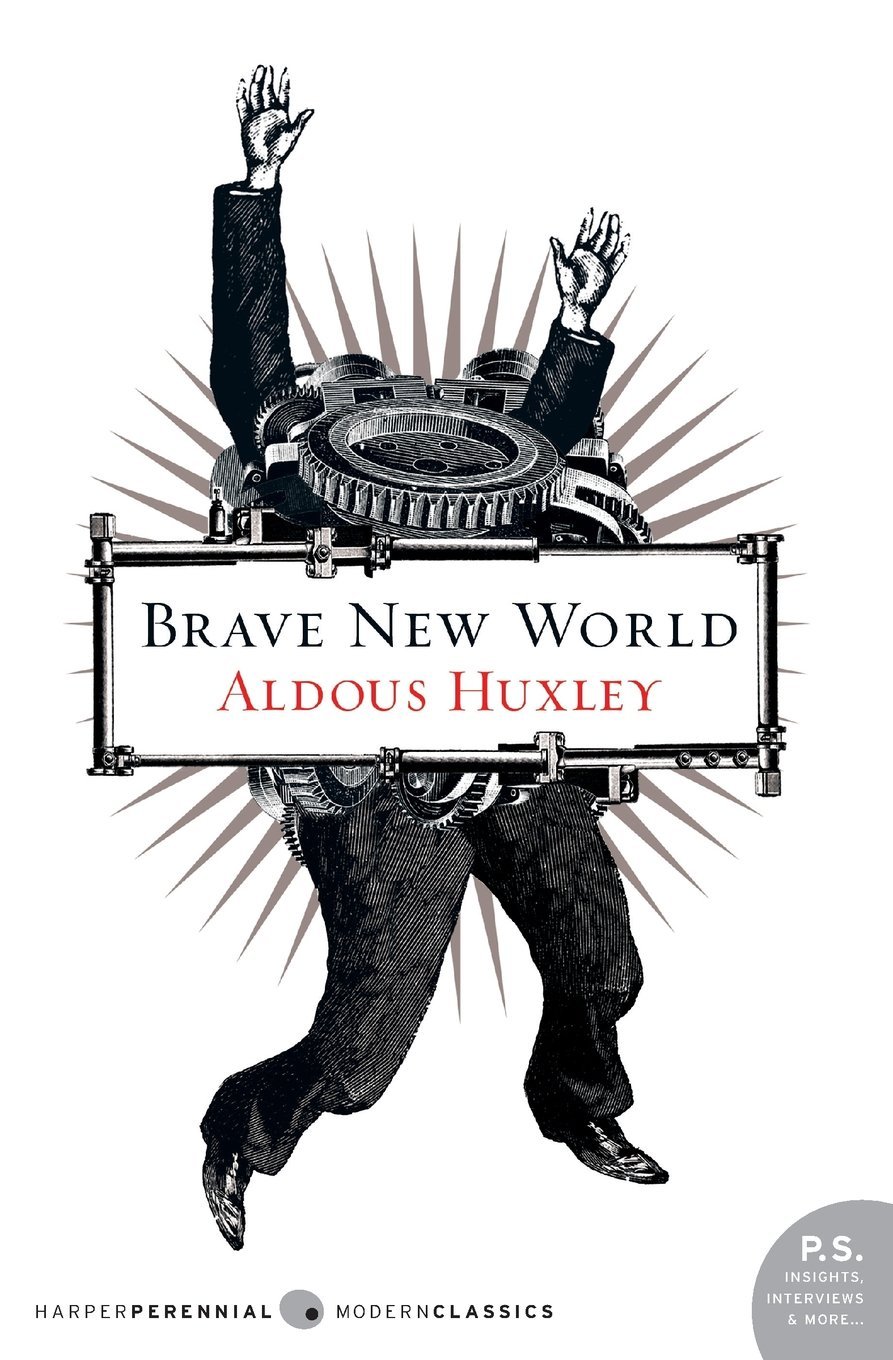 I started reading Brave New World almost immediately after I’d finished The Time Machine and I’m afraid it has taken me this long to finish it. I would like to say that I was too busy with marking and teaching to read the book, but that would be disingenuous. I just didn’t enjoy reading it at all – but I managed to get through it eventually.

For years I’ve been meaning to read Brave New World for two reasons. Firstly, I’m fascinated by books that have been heavily censored or banned and Huxley’s novel has been banned in schools and libraries fairly regularly since it was published in 1932. In fact, according to the American Library Association, Brave New World was the 36th most challenged book between 2000 to 2009 and was in the top ten the following two years. Secondly, I read Orwell’s Nineteen Eighty-Four about a year and a half ago and I was aware that the two works have been frequently compared. I should perhaps caveat this by saying that I didn’t particularly enjoy Nineteen Eighty- Four when I read it – maybe I should have taken that as a sign!

Brave New World shows us a society wherein people are ruled by science, conformity, and most importantly pleasure. Every member of society is conditioned from conception to death. Embryos are (mis-)treated to produce people to suit specific jobs. The Epsilon caste are ‘semi-morons’ bred (in batches of 72 ‘twins’) for menial tasks. The Alphas and Betas are individuals who are spared the Bokanovsky’s Process of creating twins but are still heavily conditioned throughout their lives to serve the more intellectual and creative needs of the World State. The basis of all this is the philosophy of ‘Fordism’: the introduction of mass production into almost all aspects of life to the point that ‘natural’ births are forbidden, parenthood is a profanity and promiscuity is encouraged solely for pleasure.

One key aspect of the conditioning is the enforced addiction to soma. Soma is a drug, granted to citizens as a form of payment, that allows the user to experience a sort of ‘holiday’ from their emotions. Whenever a character is feeling overwhelmed or slightly negative they take a small dose of soma. This emotional manipulation, designed to enforce conformity, is also imposed by the use of the ‘feelies’ – fully immersive movies that allow the viewer to literally feel the emotions expressed on screen.

The novel focuses on Lenina and Bernard and the plot of Brave New World mostly centres around the juxtapositions of conformity/individuality and civilisation/savagery. Lenina is broadly the conformist who accepts the way of the world and Bernard is the social misfit who abhors the promiscuity of his peers and their overreliance on soma. These two characters travel to a Savage Reservation (essentially an area in New Mexico left untouched by Fordism and the World State) for some MacGuffin reason and end up meeting John – a ‘savage’ born of a mother – who returns to the World State with Bernard and Lenina allowing the story to explore and blur these two juxtapositions more. I won’t explain too much of the plot in case of *spoilers*.

What I found difficult about Huxley’s style was first and foremost the weird overuse of the word ‘pneumatic’. Most things were referred to as ‘pneumatic’ at the start of the novel, especially aspects of Lenina’s personality and physique, to the point of semantic satiation. This is a minor issue to have with a novel but it was very prominent and distracting at the beginning. The other main issue I had with the story was there was simply too much detail and scientific jargon in some places (especially concerning Hatcheries and Conditioning) and absolutely none in others (regarding the social experiment in Cyprus for example). To me, this gave the whole novel a very uneven and frequently detached feel to it. This also appeared to affect the novel’s characters. There are (broadly) three main characters but the attention devoted to them is fleeting at times, stubborn at others. Overall, the characters felt all too subservient to the plot.

Despite my reservations, one thing is certainly admirable about Huxley’s work – it remains awfully salient as a prediction of the future. Orwell’s dystopian vision of 1984 receives significantly more attention for its portrayal of a sinister Big Brother state, and whilst that has some relevance to today, Huxley’s is perhaps far more realistic and pertinent albeit more pernicious and subtle.