I read Philip Roth’s The Professor of Desire earlier in the year and although it is a little impenetrable in places, I found the character and storyline very compelling. Roth’s work struck me as something that would complement my love for Kundera so I brought a couple more of Roth’s books: Portnoy’s Complaint and The Plot Against America. The latter one will take me a bit longer to ingest but Portnoy’s Complaint is a relatively short novel.

The novel is one long monologue by Alexander Portnoy about his sexuality and frustrations in life directed at his psychiatrist. The style can take a while to get used to but it allows Roth to fully flesh out the depravity of his protagonist by giving us an insight into a brutally honest conversation between doctor and patient, one that lacks social propriety. It is more of a confession in places rather than a complaint as Roth details the suffocation he felt as a kid at the hands of his overbearing Jewish parents as he goes through puberty and tries to take hold (literally) of his sexual needs and integrate (seduce) his non-Jewish neighbours. 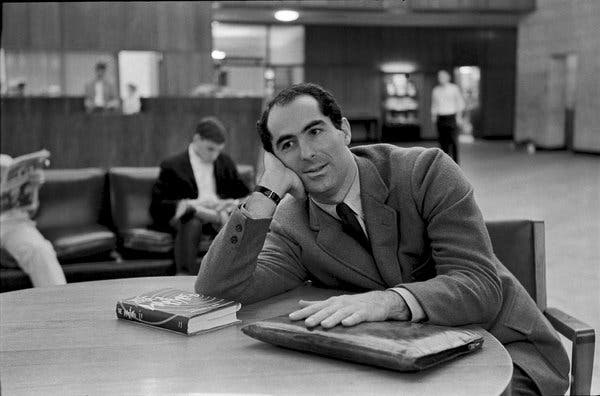 For a novel written in 1969, Roth doesn’t hold back. His descriptions of Portnoy’s sexual depravity from puberty to adulthood are very bold and clear. They range from the comical to the disgusting. There’s even a section which seems to be the forefather of American Pie’s infamous apple pie scene. Roth’s novel thus seems to be both indicative of the supposed “sexual revolution” of the time and a trailblazer.

Portnoy talks about how as he grows older his need for sexual gratification grows more and more intense and his actions become increasingly debauched as he encourages his girlfriend into ever more depraved acts for which she starts to resent him. Of course, for the narrator, everyone else is to blame for his sexual and ethical problems: his parents, his girlfriend, his community, society more broadly. Everyone is to blame except Portnoy himself. And that complete self-denial seems to be where the novel works best. Portnoy is a thoroughly unpleasant, difficult character and yet there is something relatable about him. That self-denial, the shifting of blame is something that we are all probably guilty of doing occasionally. Throughout Roth’s novel, Roth shows us a dirty mirror reflecting back society’s hypocrisies and our own flaws. By the end of the novel, I came to realise that it’s not the mirror that’s dirty: it’s our reflections.