Hello and welcome to another History Fireside Chats special. In today’s special we are building on from the last chat about the Culture Industry by exploring American Christmas films during the Cold War and what they tell us about postwar American society. I’m joined in this special today by the brilliant Vaughn Joy, PhD Researcher in Christmas Film History at UCL (find out more about Vaughn’s fascinating research and PhD here: https://www.ucl.ac.uk/history/people/phd-community/g-vaughn-joy). We hope you will join us around the virtual fireplace as we talk It’s a Wonderful Life, White Christmas, Rambo and whether it is safe to let your family watch Christmas films this season.

I hope you all enjoy! Merry Christmas, happy holidays and thanks for listening.

In today’s Fireside Chat, we explore the extent to which seemingly innocuous films and TV shows are actually trying to make us docile and passive workers, unable to rebel against capitalism.

The culture industry is a rich and fascinating theory – this short chat is only intended to be a very brief overview of the idea and is not intended to be a complete summary. If you are interested in delving more into this rich topic, I would strongly recommend looking at these sources:

END_OF_DOCUMENT_TOKEN_TO_BE_REPLACED

Welcome to History Fireside Chats Halloween Special. I am joined today by three victims (sorry, colleagues) who kindly agreed to talk to me about what Halloween means to them and what role it plays in society.

History Fireside Chats 8 – The Medium is the Message

In today’s Fireside Chat we explore the ideas of Marshall McLuhan and the notion that the medium is the message – an idea that remains as thought-provoking today as it did in the 1960s.

If you are interested in reading more about McLuhan I would strongly recommend:

History Fireside Chats are produced, recorded and researched by Dr Kristopher Lovell. The audio was recorded using the CAD M179

END_OF_DOCUMENT_TOKEN_TO_BE_REPLACED

In today’s chat we discuss the media’s role in reporting the Bosnian War and we discuss debates surrounding the importance of objectivity in war reporting – specifically the controversial notion of journalism of attachment.

If you are interested in reading more about media coverage of the Bosnian War I would strongly recommend:

END_OF_DOCUMENT_TOKEN_TO_BE_REPLACED

History Fireside Chats 6 – A Murder a Day: The Brighton Trunk Murders and the British Press

In this chat we discuss the media coverage of the Brighton Trunk Murders in 1934 and what the coverage tells us about celebrity culture, British society and its relationship with the press.

As always, this is only a broad overview, but if you are interested in finding out more about the period and some of the issues that we discuss, I would strongly recommned the following:

END_OF_DOCUMENT_TOKEN_TO_BE_REPLACED

In this chat we discuss journalism and the Spanish Civil War, exploring the role of correspondents is writing the ‘first draft of history’ and some of the debate surrounding their wartime roles. We also discuss how these debates can affect our memory of war and conflict.

If you are interested in learning more about the Spanish Civil War I’d strongly recommend reading:

Special thanks to Ali, Robert and Rob for their help clarifying the figures!

END_OF_DOCUMENT_TOKEN_TO_BE_REPLACED

Posted by Dr Kristopher Lovell on May 31, 2020
Posted in: Fireside Chats. Leave a comment

This episode is slightly different from the previous Fireside Chats. In this episode I discuss one of my favourite historical figures, Rosa Luxemburg (1871-1919). Rosa Luxemburg was a Marxist philosopher and revolutionary. Her life has been covered in a lot more detail in a range of books than I could discuss here. If you want to learn more about her life I’d recommend reading the following:

A bad case of the yips has seen this podcast severely delayed. It isn’t quite as tight or as good as I’d like it to be, but it is published so I can stop stressing about it and move on to the next podcast. Ideally it wouldn’t be any longer than 15 minutes, but here it is. This is also the first podcast to come with a transcript.

END_OF_DOCUMENT_TOKEN_TO_BE_REPLACED 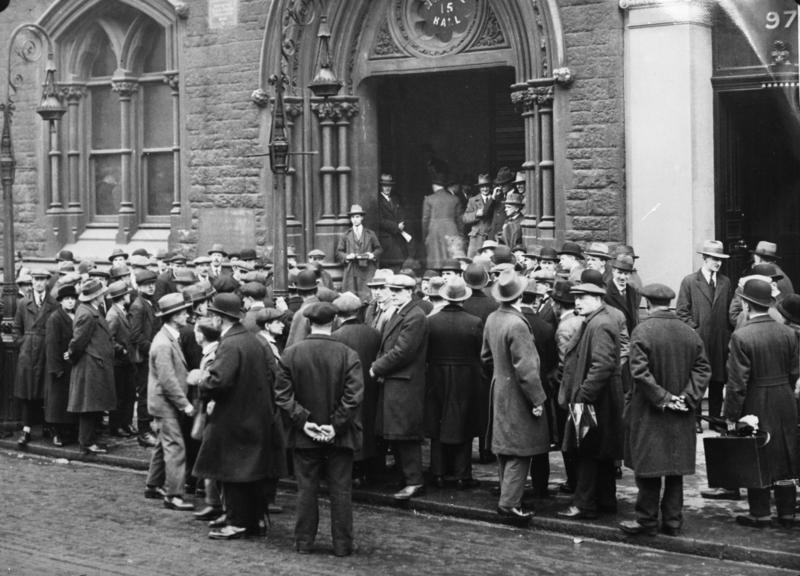 The prevailing view of the interwar period. Unemployed people lining up in London, (1930)

Please excuse the delay in publishing this. My mind has been elsewhere during the Covid-19 lockdown

In this episode of History Fireside Chats, I discuss the extent to which the 1930s can be characterised as the ‘devil’s decade’ by exploring the disparity of experience during the interwar period.

END_OF_DOCUMENT_TOKEN_TO_BE_REPLACED 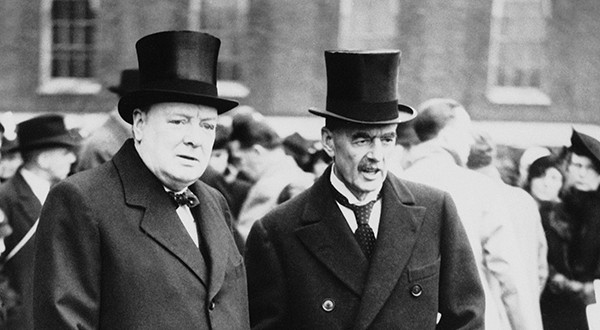 In this episode of History Fireside Chats, we discuss the Downfall of Chamberlain and the rise of Winston Churchill and we explore how neither was as inevitable as we often think.

As always, this is only a cursory chat. The events preceding the downfall of Chamberlain were incredibly complicated and nuanced. Thankfully, Neville Chamberlain has been the subject of many detailed histories and biographies, and Winston Churchill’s Premiership is one of the most well covered political events in history. There are too many to list but I would recommend the following:

Of course, Churchill’s own account of events is worth reading (even if it requires a slight pinch of salt). For his account see his The Second World War: Volume II: Their Finest Hour (1951)

Please excuse the more-than-usual nasally voice which is due to a mild cold. Apologies and I will try to re-record it when when I fully recovered.