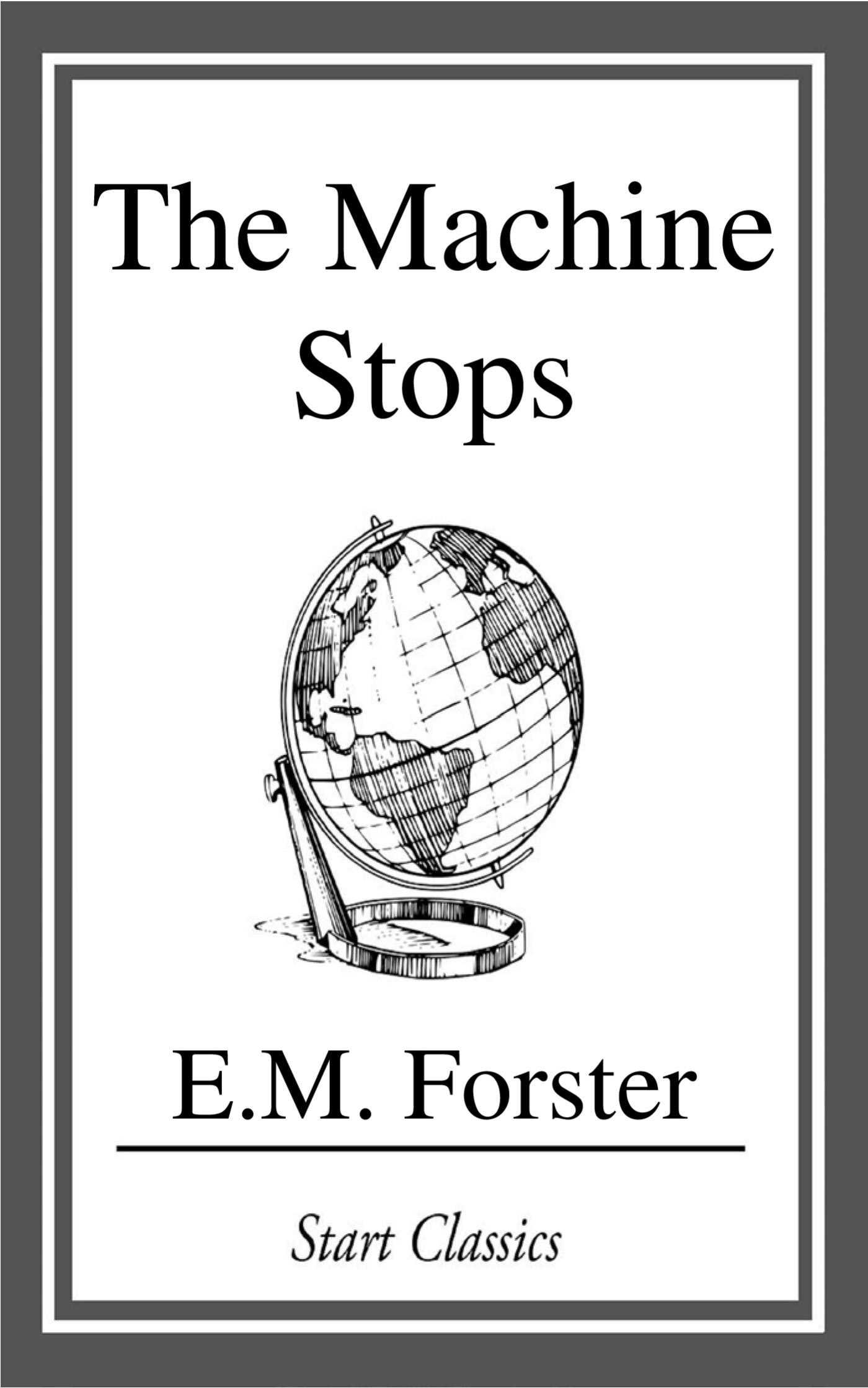 Anyone who knows me knows that I am an avid fan of horror and gothic literature. All types really: I’ve read the complete works of Lovecraft, a lot of Stephen King, Clive Barker and I even enjoyed a fair few Dean Koontz novels in my youth. That means it takes a lot for a story to have much of an effect on me. Most of the time I appreciate the writing and the story, but they very rarely scare me. Forster’s novella The Machine Stops (1909), which is a science fiction story and not a horror, freaked the crap out of me.

At just over 12,000 words Forster paints, in enviable prose, a vision of the future in which humanity has been forced to live underground. Everyone lives in small individual hubs, similar to a cubicle but one in which all our needs are met by a machine. If you want food, it delivers food; if you want some music, it will play something you want; if you need some poetry, the machine delivers. It is even equipped with a sophisticated version of Skype and has the ability to repair itself.

The main character Vashti is very content, happy with everything the machine provides her with and happily delivering lectures on ‘secondhand ideas’ to likeminded people across the world (I agree!). Her son, Kuno, however, is disillusioned with the mechanical world and distrustful of the machine. He manages to get Vashti to travel across the world to see him instead of relying on Skype. When she arrives Kuno reveals to his mother that he is rebelling against the modern world and seeks to explore the surface of the Earth which is now a toxic wasteland. He explains that he managed to break out of the ventilation system (seemingly putting everyone at risk) and briefly sees some evidence of life surviving on the surface beyond the reach of the machine. Kuno’s rebellion sees him threatened with exile from the council and his relationship with his mother is strained more than ever.

Vashti returns home and over the years the omnipotent Machine comes to be seen as a god as society shifts towards a ‘technopoly’. The Machine is now revered and humanity is willing to sacrifice aspects of society in favour of the Machine. But, as the title foretells, one day the machine’s ability to repair itself breaks down and no one can remember how to fix it. We see, through Forster’s words, a sort of mechanical stroke in action as different aspects of the machine starts to break down. The Machine begins, for example, to omit key sections from its music and its poetry become garbled and confused. The ventilation system breaks down. As the Machine crumbles, humanity crumbles. The Machine simply stops, and so do we. The story ends in a dark tunnel that is full of putrid, foul air. The story ends quickly, but not quick enough:

‘Only the whispers remained, and the little whimpering groans. They were dying by hundreds out in the dark.
She burst into tears.
Tears answered her.
They wept for humanity, those two, not for themselves. They could not bear that this should be the end’

Maybe it was because I read the story in the dark, but that final image of hundreds of people gasping for air, trapped underground, struggling to breathe and dying without any control or chance for escape…

This story was inspired a little by The Time Machine by H. G. Wells (see earlier review) which is fairly evident, but the story is also terrifyingly prescient. Not only does Forster predict a lot of the technology that we rely on, including the very medium which I am communicating right now, but he also seems to predict the social issues that come with this technology. I rarely communicate with anyone in person outside of work, preferring to use Skype or instant messenger. I don’t know how most of the technology I use actually works – it just does. As we rely increasingly on technology to supply most of our needs, what would happen if it simply stops?

But perhaps the most terrifying aspect of Forster’s work lies in his description of an Earth stripped of resources: barren and lifeless. In 1909, he seems to predict the devastating effect humankind will have on the world, the effects of climate change.

‘But Humanity, in its desire for comfort, had over-reached itself. It had exploited the riches of nature too far. Quietly and complacently, it was sinking into decadence, and progress had come to mean the progress of the Machine.’

Perhaps what makes Forster’s novel so terrifying compared to the cosmic horror of Lovecraft or the supernatural stories of King is the fact that I’m in this nightmare.