The 7th Function of Language by Laurent Binet 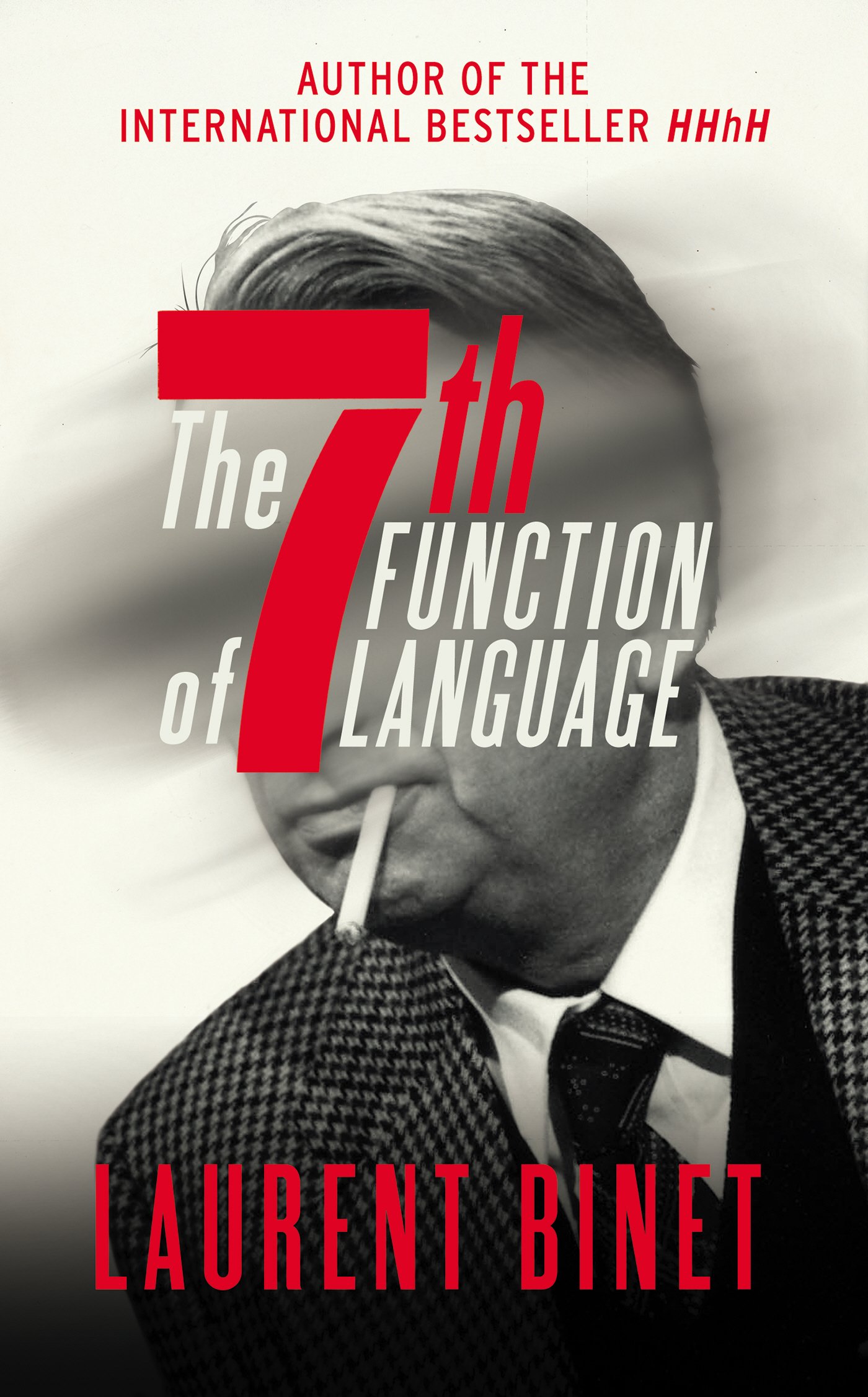 ‘What is the point of an intellectual if he doesn’t’ intervene in a matter that corresponds precisely to his field of expertise?’

Unlike most of the other stuff I’ve reviewed, this is relatively recent so:

It’s February 1980, and the great semiotician and literary theorist Roland Barthes has been knocked down by a laundry van on the streets of Paris. He died a month later from his injuries. History has dismissed this as a tragic accident but in Binet’s novel, Barthes was killed for more sinister reasons: power and control. Barthes has stumbled across the seventh function of language*: the ability of language to control the listener, to enact action. Its political uses are infinite and every major government of the world wants it.  Police Detective Bayard attempts to investigate Barthes death, plunging himself in the murky depths of postmodernism with the help of a young semiotician, Simon.

Simon’s role in the story, at first, is to act as a translator for the detective. He helps explain all the complicated theories to the detective (a proud layperson) and by extension helps explain some of the issues to the reader. He introduces the detective/reader to the key figures of the period from Foucault, Sellers, Kristeva, Derrida, Althusser and Eco. As the story progresses, and we become more comfortable with the settings, Simon becomes the key figure, travelling across the world and risking life and limb in underground duels of rhetoric as they track down Barthes’ murderers and try to prevent the 7th function from falling into the wrong hands. All whilst being chased by mysterious Citroëns and other ghosts of Barthe’s mythologies.

Binet’s novel might be seen as a bit heavy in places but this philosophical depth is not uncommon in French literature. Many of these figures are household names in France. The novelist is clearly well-read and has devoted a lot of time familiarising himself with all the theorists but this is far from a hagiography of postmodern thought. In places, it is a scathing attack on some of the key figures of 1980s postmodernism. It is hard not to see Binet’s disdain for figures such as Philippe Sollers who comes across as rather emasculated.

Binet blends fiction and fact together in a masterful way. (Morris Zapp from Changing Places makes an appearance alongside the real academic figures). Some of the most surprising and unbelieve moments of the book are the ones that are actually seeped in the truth. Enthralled by the quick pace of the narrative, I was shocked when Louis Althusser strangles his wife Hélène Rytmann. Then I remembered this was not an act of fiction, he actually did kill his wife in 1980 (see his autobiography: L’avenir dure longtemps). The result is a thrilling story that even when you know it’s being truthful, you question it. And even when you know it is ficitionial you can’t help but wonder.

‘Every man laughs for himself.’

Despite his parodic approach to postmodernism, Binet is wonderfully ludic in his own use of it. We see throughout the book the presence of an author desperate to keep control of a story. If there is a ‘death of the author’, Binet does not go gentle into the night. The presence of the author grows alongside the danger as the story progress. Simon, the young semiotician, increasingly suffers from an existential crisis and starts to wonder if he is just a character in a novel. Does he have control over anything? This existentialism comes to a crescendo at the book’s climax. Simon is stuck in a precarious situation and it looks like his life is over: the story, and consequently the novel, are in fact coming to an end. Throughout the final stages of the novel, you can feel Binet struggling with the decision to either save a character he has grown to love or kill the character and completely finish the story. We get glimpses of Binet’s thought process through Simon’s own thoughts:

‘In his last moments, Simon renews his dialogue with that transcendent authority he used to imagine: if he were in a novel, what narrative economy would require him to die at the end? Simon goes over several narratological reasons, all of which he considers questionable’
[…]
‘He must deal with this hypothetical novelist the way he deals with God: always act as if God did not exist because if God does exist, he is at best a bad novelist who merits neither respect nor obedience. It is never too late to try to change the course of the story.’

Simon’s existential crisis is simultaneously hilarious, tragic and approachable. Aren’t we all just characters in someone else’s novel? Do we have any control over our own stories or are we just forced to go from scene to scene at someone else’s whim? Binet offers us some comfort:

*For anyone who is interested in the other six functions: